WW2 German Leibstandarte Adolf Hitler photo album, ca. 1933-1935. LSSAH photo album (original, unpublished, private pics from 1934-1935). Exceptionally Rare. Feedback from a well known expert that it is the best he has ever seen and back in 2007 he valued it at $10,000. There is about 130 photos, all SS (no boring family or scenic). At least a dozen good pictures of Hitler, plus many of Goebbles, Goring, Sepp Dietrich, and other notables. It even has some pics of SS men wearing the very rare SS beret cap. We have watermarked all the photo images and we please ask that these are not re-utilized. 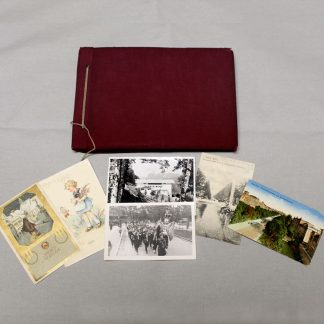