Additional Notes: The U.S. WW1 Army cartridge belts were used with the Model 1903 and Model 1917 rifles. The standard pre-war belts were fully woven and were made by Mills and Russell. When war came, these two companies could not meet the demand, so other companies were contracted to make a sewn pocket version of the belt to meet the emergency. These belts are often referred to as the Model 1917 instead of the Model 1910 by collectors. 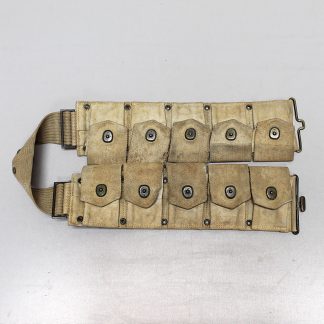